viewing mobile site
Welcome to the first site for an American actor, Aldis Hodge . Aldis has been acting since he was 3 years old and is best known for his portrayal of Alec Hardison on the TNT series Leverage, Noah in Underground, MC Ren in the 2015 biopic Straight Outta Compton, Oscar winning 2016 film, Hidden Figures, staring role in Brian Banks as well as lead role in Showtimes City On A Hill. Please visit our gallery to see photos from all of his projects and photoshoots.
Article Black Adam Casting News

Aldis Hodge, who starred in City on the Hill and appeared in this year’s remake of The Invisible Man, has nabbed the high-flying role of Hawkman in Black Adam and is now in final negotiations to join New Line’s action-adventure thriller featuring the DC Comics antihero starring Dwayne Johnson.

Longtime Johnson collaborator Beau Flynn is producing via FlynnPictureCo., along with Johnson, Dany Garcia and Hiram Garcia via their Seven Bucks Productions. Scott Sheldon will oversee for FlynnPictureCo. and will also serve as executive producer.

The story is tied to 2019’s hit Shazam! and centers on the character who was first created as that squinty-eyed hero’s archnemesis but evolved into a more layered individual.

An enticing factor for fans is the introduction in Black Adam of the Justice Society of America, a multi-generational group that preceded the Justice League. Characters Atom Smasher (to played by Noah Centineo), as well as Doctor Fate and Cyclone, who have yet to be cast, will figure into the story.

Hawkman, who first appeared in 1940’s Flash Comics No. 1, is one of a pair of lovers from Ancient Egypt destined to constantly be reincarnated throughout time and space, with many rebirths leading to an emergence as a hawk-themed hero using both giant wings and an alien element called “nth metal,” which negates gravity and allows him to fly. In contemporary times, he’s Carter Hall, an archaeologist-turned-adventurer who struggles with anger issues — and his ability to control a mace.

Hodge is the having a hot moment as he is one of the stars in One Night in Miami, Regina King’s historical drama that is generating Oscar buzz this awards season. He also co-starred with Elisabeth Moss in one of the biggest theatrical movies of the year, Universal and Blumhouse’s remake of The Invisible Man.

The actor has been gaining steam with strong notices for his appearances in movies such as 2016’s Straight Outta Compton, in which he played MC Ren, and 2017’s Hidden Figures, and for starring with Jurnee Smollett on WGN’s Underground, co-created by Lovecraft Country’s Misha Green.

Hodge is repped by Paradigm, The Priluck Company, and Ziffren Brittenham.

—Graeme McMillan contributed to this story.

Dwayne Johnson later confirmed the casting and told an amusing story about Aldis.

THIS IS HAWKMAN ? A pleasure to welcome @aldis_hodge to BLACK ADAM. HAWKMAN is a critical leading role for our movie, as he is the fiery leader of the JSA (Justice Society of America) and one of the most beloved and legendary characters in the DC UNIVERSE. I called Aldis personally as I wanted to surprise him that he got the role and it wound up being one of the greatest conversations I’ve ever had. Aldis: Hello? DJ: Hello, I’d like to speak to Aldis. Aldis: Who is this? DJ: This is Dwayne Johnson. * long pause Aldis: Whoever this is stop playing on my phone. DJ: This is Dwayne, is this Aldis? * longer pause Aldis: This shit ain’t funny, I said stop playing on my fucking phone. DJ: Aldis, this is DJ. I just called to say thank you so much for sending in your audition – it was great and I really appreciate the efforts you made. Just wanted to say thanks and best of luck in all you do. And one more thing — welcome to Black Adam. * longest pause Aldis: I’m sorry you’ll have to hold on for a one second. * he puts the phone down and walks away and all I hear is inaudible yells ? Aldis: DJAYYYY OHHHHH SHIT!!!!!! * Im laughing my ass off by now. DJ: You ok? You’re gonna crush this role! We went on to have an awesome conversation full of gratitude, love and motivation. Can’t wait to work with this very talented brother. The perfect HAWKMAN. Let’s get to work. #aldishodge #jsa #hawkman ? #blackadam??

by Admin - AliKat
No comments

This site uses Akismet to reduce spam. Learn how your comment data is processed.

Animation of the Moment

Leverage Reboot
Alec Hardison
A re-imagined update to the TV series 'Leverage' centering on a crew of reformed crooks who rely on their high-tech skills to steal from corrupt businessmen and wealthy criminals.
Info IMDb

One Night in Miami
Jim Brown
In the aftermath of Cassius Clay's defeat of Sonny Liston in 1964, the boxer meets with Malcolm X, Sam Cooke and Jim Brown to change the course of history in the segregated South.
Info IMDb

The Birthday Cake
Eagle
On the 10th anniversary of his father's death, Giovanni reluctantly accepts the task of bringing a cake to the home of his uncle, a mob boss, for a celebration. Just two hours into the night, Gio's life is forever changed.
Info IMDb

The Invisible Man
James Lanier
When Cecilia's abusive ex takes his own life and leaves her his fortune, she suspects his death was a hoax. As a series of coincidences turn lethal, Cecilia works to prove that she is being hunted by someone nobody can see.
Photos IMDb

City On A Hill
Decourcy Ward
The drama is a fictional account of what was called the "Boston Miracle" and centers on an African-American District Attorney who comes in from Brooklyn advocating change and the unlikely alliance he forms with a corrupt yet venerated FBI veteran who is invested in maintaining the status quo.
Info Photos IMDb Official

Clemency
Anthony Woods
Years of carrying out death row executions have taken a toll on prison warden Bernadine Williams. As she prepares to execute another inmate, Bernadine must confront the psychological and emotional demons her job creates, ultimately connecting her to the man she is sanctioned to kill.
Info IMDb

What Men Want
Will
A woman is boxed out by the male sports agents in her profession, but gains an unexpected edge over them when she develops the ability to hear their thoughts.
Info Photos IMDb

Magic Camp
Devin
Follows Andy, who, at the urging of his former mentor and Magic Camp owner Roy Preston, returns as a counselor to the camp of his youth hoping to reignite his career.
Info Photos IMDb 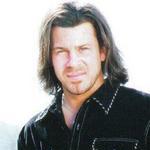 Bro, your support is huge 🙏🏿

If you'd like to support Aldis Hodge Online, please consider making a money donation. All donations received will go towards improving this website and additional photos for the gallery!

Listed at: The Fan Carpet I Celebrity Link

Aldis-Hodge.net is an unofficial non-profit fansite dedicated to Aldis Hodge in hopes to help promote his talent and career. This site has no official affiliation with Aldis Hodge or his agents - it is run by fans for fans. The webmaster(s) of this website claim no ownership to any material seen on this website and is used, to the best of their knowledge, under the "Fair Use" copyright laws.

You can find out more about which cookies we are using or switch them off in settings.

This website uses cookies so that we can provide you with the best user experience possible. Cookie information is stored in your browser and performs functions such as recognising you when you return to our website and helping our team to understand which sections of the website you find most interesting and useful.

Strictly Necessary Cookie should be enabled at all times so that we can save your preferences for cookie settings.

If you disable this cookie, we will not be able to save your preferences. This means that every time you visit this website you will need to enable or disable cookies again.